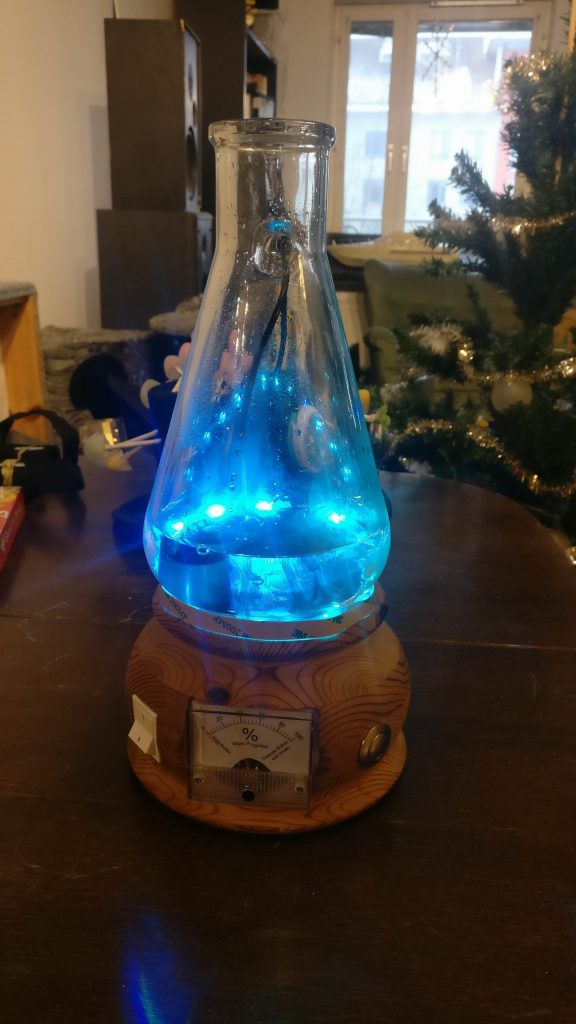 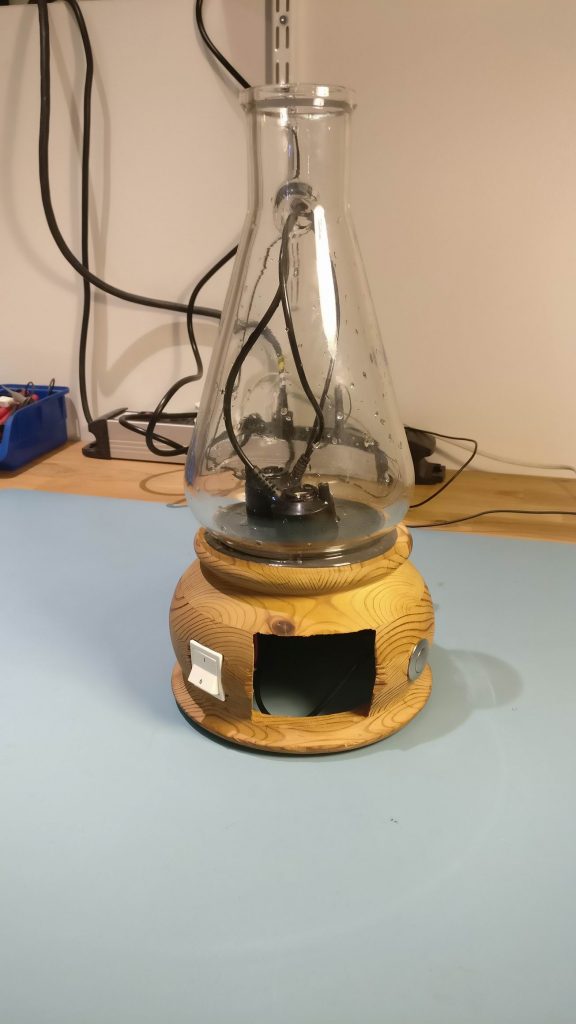 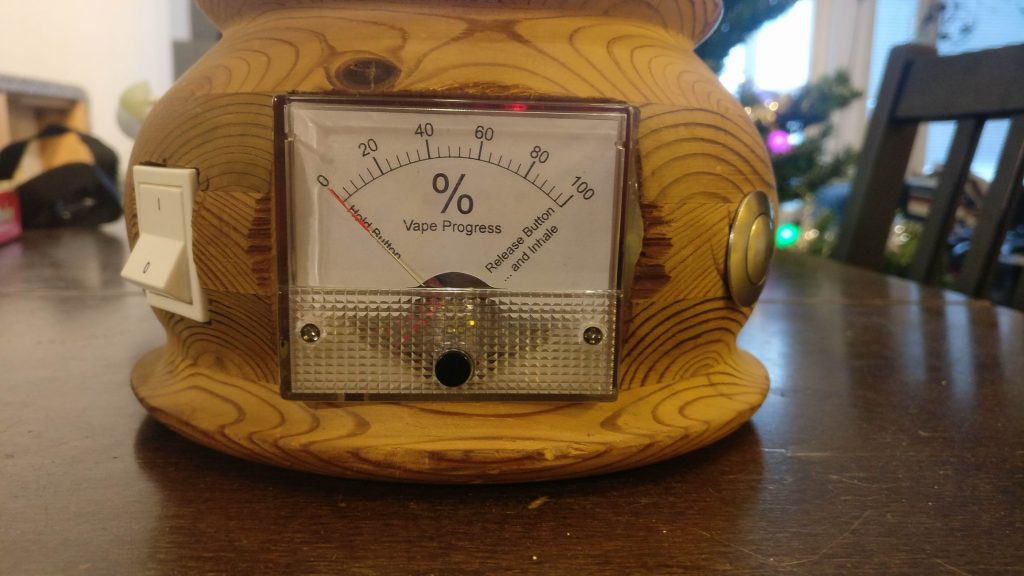 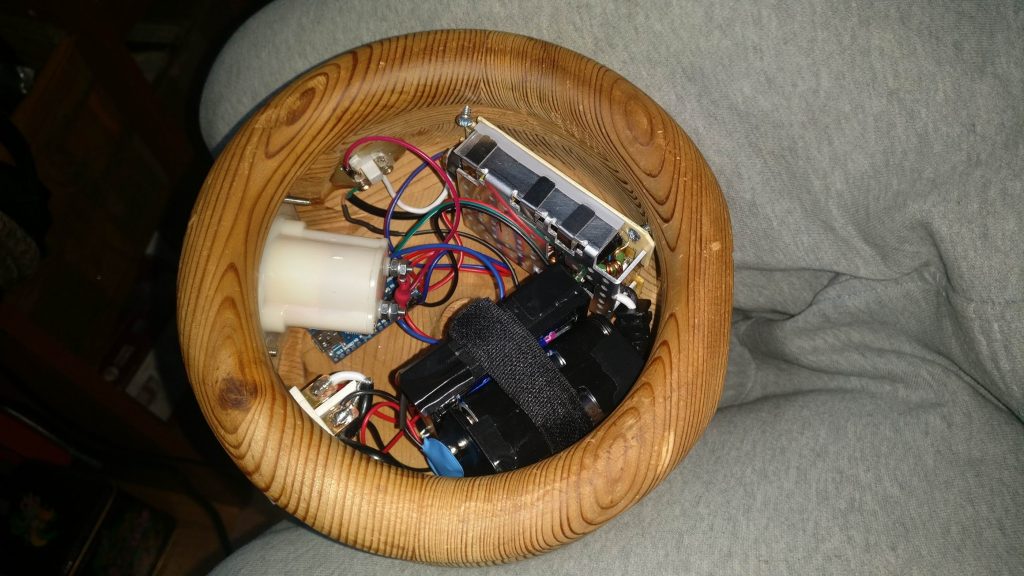 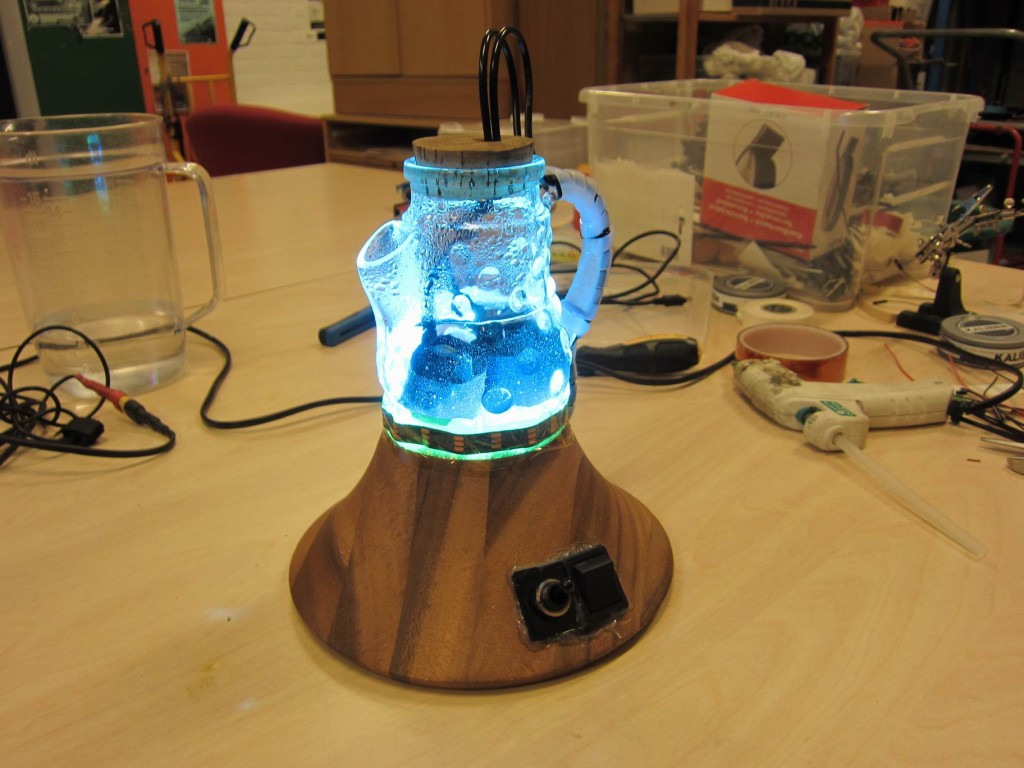 This is an alcoholic bong, two ultrasonic elements forces the water into small particles that forms a mist. The elements is normally used for water in decorations or water humidifiers. 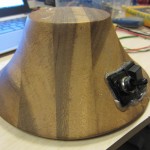 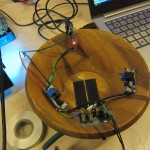 I got this old Ikea bowl from a second hand store. It holds the electronics for driving the ultrasonic elements, as well as an MCU to drive some leds. 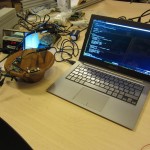 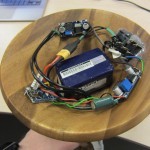 There’s two systems that is powered from a single 6S LiPo battery.
The ultra sonic elements is apparently sensitive about over voltage and will fry if the voltage exceeds 24V. The first system consists of a buck that caps the fully charge voltage of 25.2V down to 24.0V. That system is activated by a momentary switch on the front.

The second system drives the RGB LED’s. A nice party bong should look good. A small Arduino Nano is driving some WS2812 RGB leds around the glass pitcher. A buck converter caps the voltage at 5V that is used by both the WS2812 RGB strip and the MCU.
The led lights is slowly breathing when the alco bong is idle, and rotates the color hue when in use. 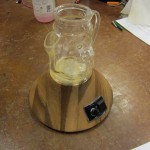 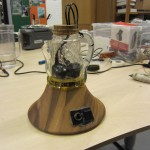 The glass pitcher was glued on the bottom with epoxy and seemed to bound well with the wooden bowl.