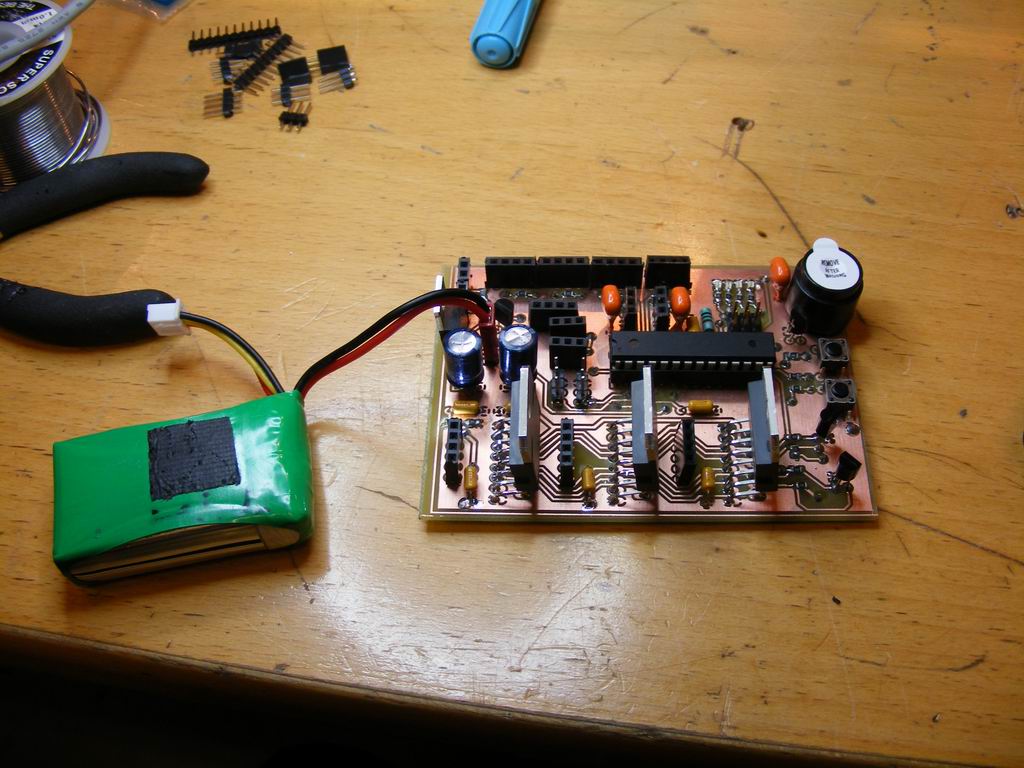 To drive all 6 engines of the same H-bridge is not recommended, it tends to get hot, pretty hot. I was thinking of make a extension card with three H-bridges on it, but then I’d have some weight issues with my bot, it has to weigh less then 500g. The solution was to build a new PCP with htree H-bridges.

Because I never have created a PCB before I was a little bit unsure of how to do it and if I would do any errors. But I’d much help from folks at CRF and it turned out to be a win!

Benjamin at CRF showed me KiCAD which is a great program. It is very user-friendly and you’ll get started quickly. Here’s a great tutorial for KiCAD from CuriousInventor.com.

I drawed the schematics nearly exactly the same as on the Introkit09, but i added two extra H-bridges (L298).

I got a little bit help from Benjamin and Victor to print and make the PCB. 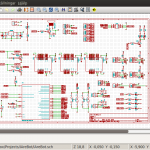 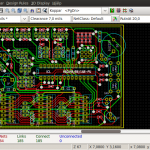 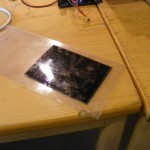 All my resistors and LED’s is surface-mounted so I was a little bit worried that I would have problems while solder. I then watched “Surface Mount Soldering 101″ from CuriousInventor.com and started solder, it turned out to be very easy. 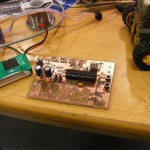 I soldered LED’s with different colors on my PCB, i thought it would be much easier when debuging. I also made up a new ISO for Power-indicators, white LED’s, white! 🙂 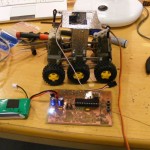 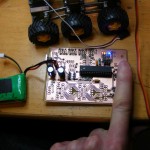 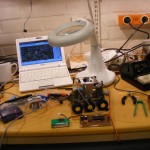 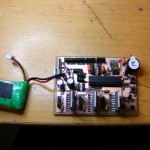 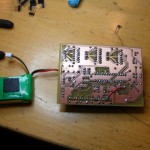 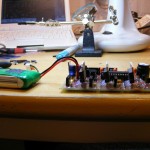