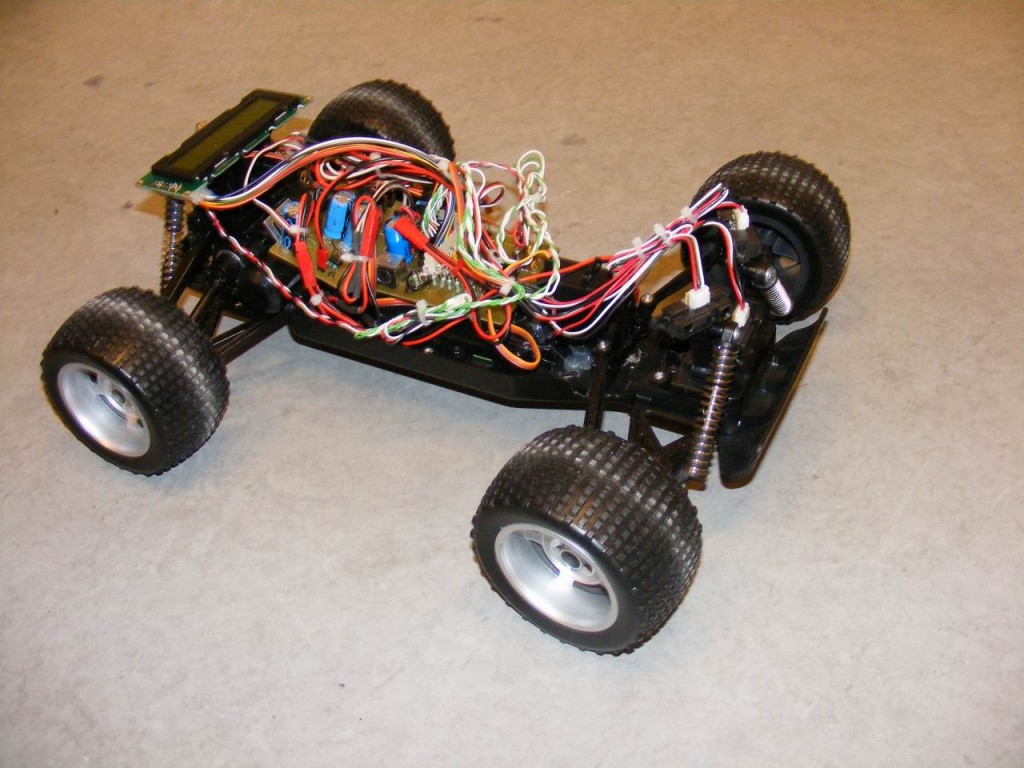 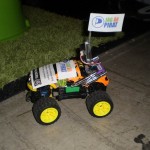 The autonomous pirate-car was a huge success at Dreamhack W09, so Benjamin has built a new one. The Pirate-Car V2.

The chassi is from a RC-car, the stearing system has been modified with a servo and it has a better steering-radius. The motor and gearbox is original but it has a reflex-sensor built in the gearbox, the reflex-sensor is aimed to a gear that is painted half black. The sensor can pick up 3 peaks per revolution, these seams to be enough to make the PID-regulator stable. 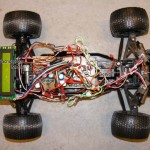 It has five Sharp-sensors 3 in the front and 2 in the back. 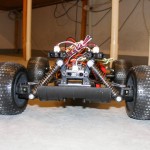 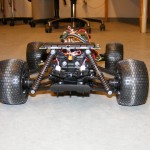 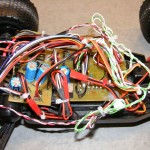 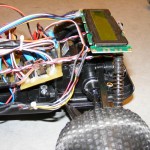 The Pirate-Car navigates by it self, it goes around tables, chairs, walls with no problems.
The two front sensors ,left and right, separately calculates how the car should turn. The two turn-values are then subtracted and makes a delta-value that is put out to the steering-servo. This works pretty well, in a corridor the car senses both walls and navigates right between the walls.

If it’s stuck it starts the reversing-procedure, it reverse until the front-sensors feel it’s free or the back-sensors indicates a object.

The main-PCB has a IR-eye hooked up, this eye could pick up commands from IR-remote-controls. Benjamin has written a nice protocol for picking up commands.
Currently two commands could be sent:

With a Introkit09 we built a remote-control, we used the existing IR-diode to send out IR-commands. But the signal was weak, we then tied to switch to another type (TSAL6400) which were much brighter. 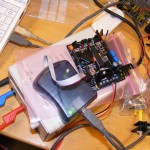 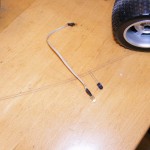