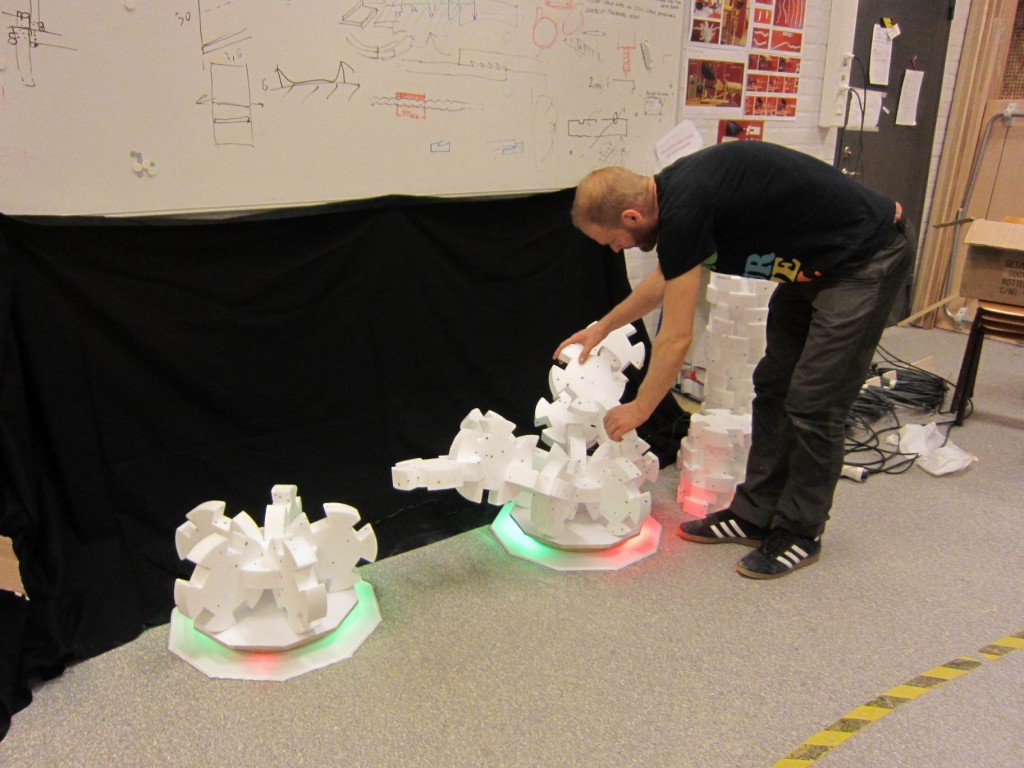 An interactive game were the visitors can build complex structure with help from an interactive LED balancer.
The installation was part at Vetenskapsfestivalen.

It’s a project by Stig Anton Nielsen read more about it in this post. 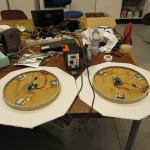 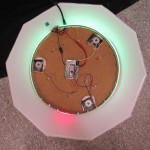 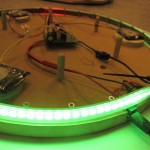 The loadcells is build from 16 layers of conductive carbon packaging film. The recistance ranging from 500k to about 450 Ohm loaded at 8kg. Because it’s a so huge range the loadcells can be directly hooked up in a voltage divider, no amplifiers needed.
3 load cells us used to detect the direction and force of the balance. They are really sensitive to touch, small pressures from fingertips will be easily detected. A backside is that the film tends to be squashed so that it takes long time form the form and resistance to return.
The value from the 3 loadcells is arranged in 3 forces 120 degrees apart. The Forces is calculated into a resultant that is describing a thrust vector.
The thrust vector is indicated with a led strip of addressable WS2812 LED light. The stronger the force, more inbalanced, the greater the red marking will grow.

Att this Google Drive document I’ve collected som measuring data from the loadcells. There’s also some information of how the resultant is calculated.