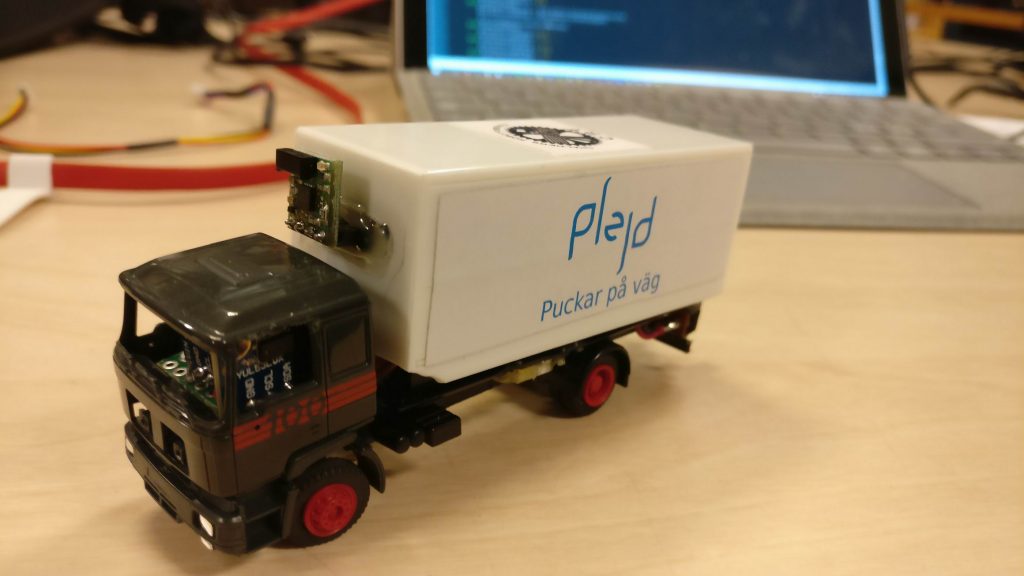 In Swedish Robot Championship there’s a tournament that is called Folkrace where autonomous cars is racing around a track. A sub class of this is a miniature race in scale 1:87. 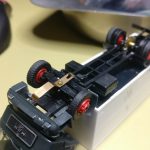 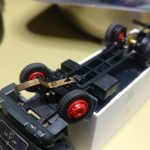 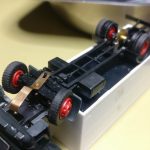 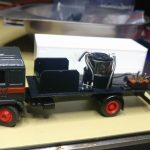 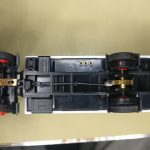 So I started out on a Fuller Car system truck in scale 1:87. It have some really nice suspension and drivetrain but is made for following a iron track. 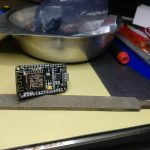 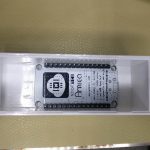 A NodeMCU development kit (ESP8266) almost fitted the truck bed, if i filed of 0.5mm of it i fitted perfectly. 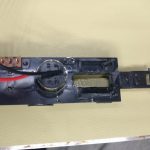 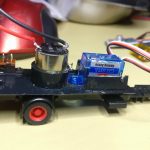 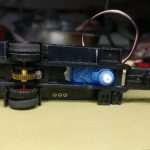 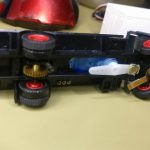 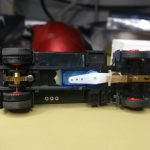 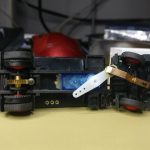 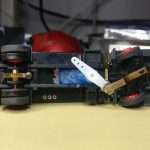 I solved the steering by cutting a hole, big enough for a small servo, in the trucks chassis.
Then i glued on a small magnet that aligned with the already existing magnet in the steering system. 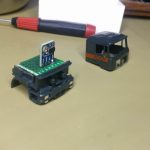 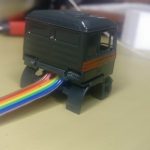 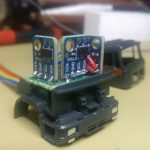 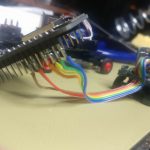 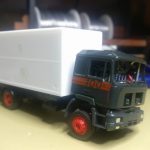 I then mounted 3 VL53L0X ToF (Time of FLight) distance sensors inside the cab of the truck. The sensors is pointing out from the same holes the windows are located.
The sensors will be used to locate walls and other trucks, it’s gives a pretty low resolution, but should be enough. 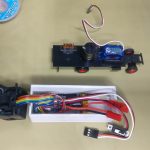 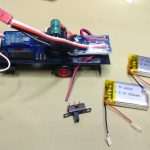 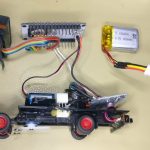 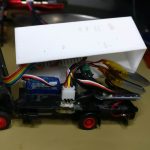 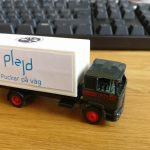 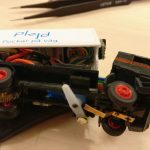 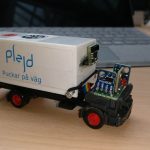 The space inside the truck bed is cramped, and I mean it. After fitting a small H-bridge, a couple of batteries and some cables together with a start module nothing more can fit.

As if the cramped space inside the truck bed was not a challenge big enough I choose to run Micro Python on the MCU.
It’s pretty nice and all, I could remotly upload new Python code to the flash and run my test scripts inside a Python interactive terminal.
You can find the code here: https://github.com/TimGremalm/Folkrace187

I found the challenges of the small form factor thrilling, it was a really fun adventure puzzling everything together and make it look pretty stock.
But there is room for many improvements! The Fuller Car system have a very nice steering system, and it’s very useful for a future design.
But Fullers drive train is a worm gear, it makes it strong but gives the drive train some momentum that makes the car slow in response when braking och switching between going forward and backwards. For future builds I would have to build my own drive train.

The cramped space inside the truck bed is due to a lot of premade modules and a lot of cables. A more effective way of doing it would be to make a PCB with a ESP8266, H-bridge and sensor bus built in.

Also I think I would abandon Micro Python for C and Free RTOS. The VL53L0X driver is very slow in Micro Python and it takes too long to read 3 sensors. The whole driver thing is pretty hard to fault find and gives great me a great hazzle.